My name is Joan Sala and I was born on August 7, 1980. Just one day after, IBM authorized the creation of the IBM PC, a machine that would change the world and to which I have devoted much of my life. That year began the revolution that would turn into giants companies like Microsoft and Intel. Meanwhile, I was growing up in a village in Barcelona. 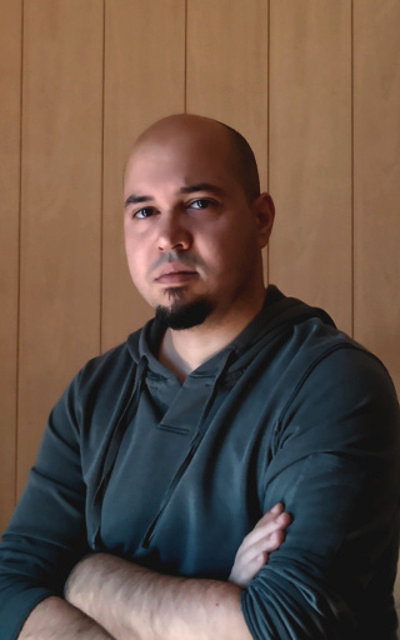 As a child I had mainly three hobbies: drawing, cooking and programming computers. Thus, while teachers tried to guide my career into illustration and my family wondered if I would like to become a cook, I was engaged in learning BASIC and reading the most I could about technology.

My first machine was an IBM PS/2 my parents bought when I was 10. Two years later I was having fun programming, reading the first issues of the PCManía magazine and fixing the computers of my friends for some dimes, or the computer viruses I could gather to collect them on a 3½ floppy disk. It was also then when I started to play chess.

So, my adolescence was spent between floppies, books, pawns and the new wave of punk rock coming from the United States. Enjoying my high school technology classes and getting bored with language lessons. Working in such diverse jobs as bartender, construction worker, machinist or chess arbiter — which occupied me for over eight years. During that time, the World Wide Web, Visual Basic and the first version of Java were also amongst my hobbies.

It was not until the summer of 2003 that, unintentionally, I set up as a freelancer. Thus began eight years during which, with more or less continuity, I would work designing, localizing, testing and writing software; learn the foundations of web design and enroll in the Bachelor's Degree in Informatics Engineering at the Open University of Catalonia. In January 2015 I graduated as an engineer.


It may also interest you